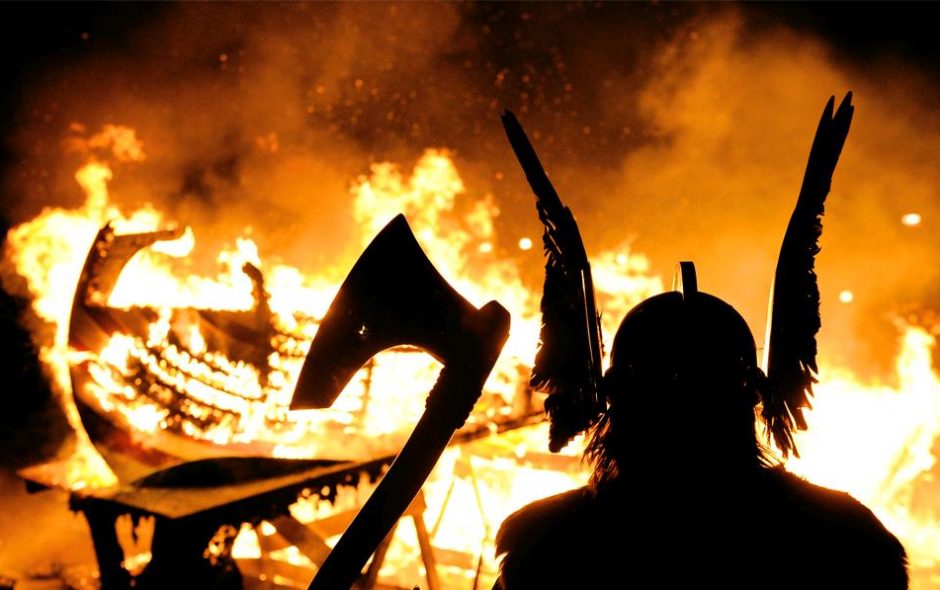 It’s a funny thing. As much as we are captivated, fascinated, enchanted by progress, by innovation—by the future. Our hearts seem to be equally anchored, burdened, by the thought of separating from the present.

As we try to process the impact our quest to push ourselves, our world, forward is having on the present, we struggle with what the future means for those people and businesses who are becoming casualties to the progress we’re helping to create. Those who’ve built up their identities, lives, and livelihoods on the bedrock of how things have been.

A bedrock that is now shifting uncontrollably beneath their feet.

Here in San Francisco—maybe more so than anywhere else in the world at this moment—we’re obsessed with progress and the disruption of the status quo. But, at the same time, we’re also growing troubled by the side-effects of future we’re all building. At times it feels like we’re lost in an endless and disillusioning procession of rising rents, gentrified neighborhoods, displaced families, and eliminated jobs.

Quite literally, countless lives, businesses, and industries are being overturned and set ablaze at breakneck speed. All sparked by the innocent flicks of software engineers’ fingertips.

As I sit here, in the epicenter of disruption—this modern-day ground zero—trying to grasp the infinitesimal role we each are playing in this much grander story,

It’s become undeniably clear that progress is anything but free.

As much as we love the thrill of the future, we often can’t help but feel the weight of our concern and worry for the people our “future” is displacing.

This growing tension leaves us torn as our hearts battle the lust for tomorrow, the fear of the unknown, and the guilt that comes from morning the losses of those, whom it seems, the world is passing by right before our eyes.

As much as our hearts pine for the displaced, the disrupted, I think those pangs of guilt are misplaced. The result of a short-sided view that disruption—a lost job, a company closing it’s doors—is a negative thing. It’s not to say that we can’t and shouldn’t feel compassion for those going through a season of change. We absolutely should. But if we step back and view things from a broader, longer-term perspective, it’s impossible to argue the fact that our universe, when viewed across the long arch of time, despises the status quo.

The universe seems unequivocally bent against our lust for permanence, power, stability, and predictability—for safety—in favor of an open-handed, unrelentingly-uncomfortable desire for change, for motion, for winter, for spring, for death, for rebirth, for growth—for evolution.

Despite our hearts’ white-knuckled desire to clinch to what’s working for us in the present, change—evolution—is the foundation of our entire universe. And the resounding call for our lives is constant:

Or in other words:

What works today won’t work tomorrow. And to all who possess the courage to evolve—to grow—go the spoils.

(And no, I’m not talking about money.)

Our universe is one of perpetual motion and change. It’s written into the very fabric of everything we are and hope to be. From the whirling of the planets to the swirling of the blood in our veins, motion is the foundation of life itself. It’s cliche but it’s 100% true:

The only constant is change.

This reality doesn’t just apply to our biology, though. Even more so it’s true for us spiritually. As our hearts—our souls—can perish long before our biological bodies—our vessels—do. And, sadly, the latter is far more tragic and far more common.

It’s so easy to trick ourselves into thinking the permanence of the status quo is a universal right.

Our only universal right is a universal call, an opportunity—an invitation—to grow. And to survive, to live, to thrive, is to constantly evolve and increasingly embrace the death that growth requires.

As much as we wish it weren’t, spring is only possible because of winter. A refusal to embrace the opportunity we’re given for continuous evolution and growth is a denial of how the universal operates. And an acceptance of an empty life of stagnation—of living death.

Yes, we must morn for the pain of evolution, for the displaced and disrupted. But in the same heartbeat we mustn’t lose sight of the greater reality that winter is not really a story about death and pain, but one of opportunity—of invitation—for growth.

I love the following passage from the author, Ayn Rand:

Her words capture the essence of the invitation the universe extends us: a life lived in pursuit of the fullness that’s ever-available to us. If only we’re courageous enough to set down our present version of life and reach for it.

And that’s the honest truth hidden in all of this:

It takes a lot of courage to pursue a version of life like that.

It takes a lot of courage to turn turmoil into growth,
loss into gain,
a closed door into an opportunity,
a setback into inspiration.

And, the truth is, in the face of our desperate refusal to set down our present realities, our identities, our creations—all these artifacts of evolution—we’re robbing those artifacts, those experiences, those creations, those relationships, those seasons, of their true and greater and eternal purpose: to serve as guideposts, markers—lighthouses that dot our lives and memories like constellations—that not only remind us of where we’ve been, but give us the context and courage we need to navigate ourselves forward into the greater lives we are ever-longing and destined for.

We have to let the present go. As much as it terrifies us, we have to burn the boats.

It’s so hard to live this out in the moment, but the reality is

Our present becomes infinitely more powerful when we’re willing to release it into the arms of the past.

Because the faster and freer our hearts become at transforming what’s coming into what’s going, the more and more our lives become conduits for the universe’s current to pull us all forward into the full and glorious lives we were created for.